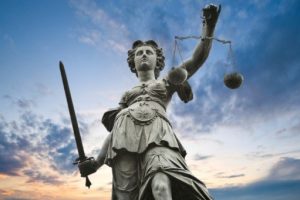 We are a group of women and men who:

Our programs and projects reflect our commitment to these values.

Our early history when we were AAUW-Chapel Hill

March 15, 1923. What a memorable day! Mrs. Harry Woodburn Chase, wife of the president of the University of North Carolina, had invited college graduates to her home to discuss forming a branch of the AAUW, which had resulted from the merger in 1921 of the Southern Association of College Women and the Association of Collegiate Alumnae. Sixteen … women responded, electing Miss Louis Venable… as president. In 1927 the branch would become one of eight charter members of the North Carolina State Division.

The branch was committed from the onset to community involvement…. The decade of the 50’s was called the education decade, and the 60’s the Arts. The branch emphasized not only university education but also that of the entire public school system.

One accomplishment of great pride was the establishment [of a loan fund in 1928 that later became a scholarship and was renamed] in 1950…the Carrie Heath Schwenning Award in memory of a dedicated member….The scholarship is awarded yearly to a deserving woman student enrolled in graduate school at UNC-CH.

Educational Equity in the schools has been [the Chapel Hill branch’s] focus of attention…We support the Association’s Educational Foundation, which awards Fellowship and Grants to individuals and branches, and the Legal Advocacy Fund, which aids women suffering discrimination. We’re thereby committing ourselves to the priorities of education and equity for women, a continuation of the original purposes and goals….

We’re proud of being members of the American Association of University Women. 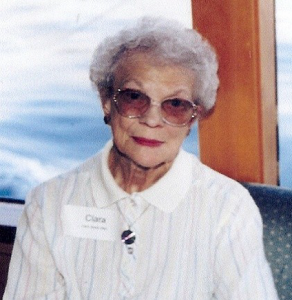 AAUW became a part of Clara Allen’s life when she joined the Naugatuck, Connecticut branch in 1964. While at Naugatuck, Clara held almost every position and was elected to two 4-year terms as President, although not consecutively. On the state level for AAUW in Connecticut, she was V-P Program and President. Clara helped to form the Charter Oak State College, an external degree college. This college existed without walls and preceded computers. Students would go to libraries for classes where they would meet counselors to help them in their studies. This program was endorsed by the State of Connecticut and has continued to this day. Now courses are online and currently the Charter Oak State College added a Masters’ program in the Fall of 2011. All of this happened because Clara and the Naugatuck AAUW branch saw a need and helped to fulfill that need. She and her husband, Ralph, moved to North Carolina in 1987.  Clara joined the Chapel Hill branch and served as president from 1995-1997. She served as Historian for AAUW  NC and spent two years researching and writing the history of AAUW in NC. Clara died on May 3, 2012, just a few days short of her 94th birthday.  She had been a member of AAUW for 48 years.   Clara received her BA from the University of Rochester.  In her working life, Clara was a high school English teacher and a counselor.